Use of this information is subject to copyright laws and may require the permission of the owner of the information, as described in the ECHA Legal Notice. 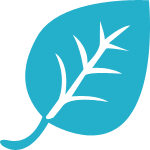 For metals, the transport and distribution over the different environmental compartments e.g. the water (dissolved fraction, fraction bound to suspended matter), soil (fraction bound or complexed to the soil particles, fraction in the soil pore water,...) is described and quantified by the metal partition coefficients between these different fractions.

Partition coefficients for cadmium in freshwater have been reviewed in the EU risk assessment report (ECB 2008). Based on this experimental evidence, a partition coefficient for the distribution between solid particulate matter and water (Kpsusp) of 130 x 103l/kg has been defined for EU waters and was used throughout the RAR..

The Kp for the distribution between sediment and water (Kpsed) was estimated in the RAR from the ratio of the average sediment (1.32mg/kgDW) to average water Cd concentrations (0.14µg/l). This "best fit" Kd yields 10000L/kgDW (ECB 2008).

These partition coefficients have been used since then in other legislative processes in the EU (e.g. the water framework directive) and will also be used for REACH.

The marine Kd was derived based on data from several marine waters. the geomean value for cadmium in seawater is 617 l/kg.

The information on these partition coefficients is given under 5.6.